“So what is a Bungee Ball, anyway?”

Bungee Balls are a mystery to many people…not because they don’t know what a Bungee Ball is, but because they didn’t know it had a name. Sure, they’re super useful in a lot of different applications, but where did they come from???

The truth is, nobody knows.

Much like their parent invention the Bungee Cord, Bungee Balls have evolved without patent, without any particular brand laying claim to their origins, and with a large number of variations & different standards of quality on the market. 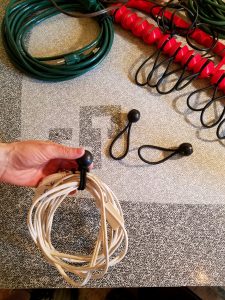 “Let me rephrase. Why should I care about Bungee Balls?”

Because they’re useful as all GET-OUT, that’s why!! Here are just a few of the many uses for Bungee Balls:

…but don’t think Bungee Balls are limited to just tying, securing, or bundling! The only thing limiting the use of Bungee Balls is your imagination!

It was the Bungee Ball that inspired the winning design for the Cable Wrangler, our life-changing solution to cord and cable management! 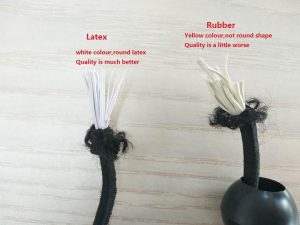 If you want to know more about why all that’s true, watch this informative video. It’s over SIX MINUTES of your life that you won’t get back, but the good news is after watching it you will become a…

“Great! My life is so much better because now I know about Bungee Balls! I’m going to buy some right now!!!!!”

Hey, glad we could help! And while you’re at it, pick up a Cable Wrangler or two! Equipped with 12 Cable Wrangler Branded Custom Heavy-Duty Bungee Balls, it’s an invention that will keep you free of infuriating, nasty, unwanted cord and cable tangles forever! 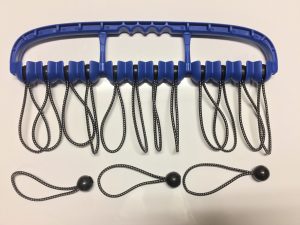 Get great deals sent directly to your inbox!